You can withdraw your consent by clicking “manage cookies” and following the instructions shown. 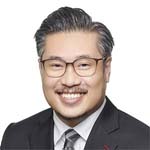 Edgar has broad and in-depth experience in the shipping/admiralty, international trade and commercial sectors, with a strong focus on contentious matters. He regularly appears as lead counsel before all levels of courts in Singapore, as well as in arbitrations both ad-hoc and institutional, including under the SIAC, LCIA, and ICDR.

Edgar also has extensive and practical experience in the Protection and Indemnity (P&l) industry, having been a Claims Director at an International Group (IG) P&l Club, where he spent five years working closely with owners/operators, brokers and underwriters globally with a focus on Asia.

His legal expertise, combined with his significant experience at the IG P&l Club, ensures that Edgar has a fine-tuned understanding of the practical and commercial issues that clients face, and is therefore able to deliver solutions which are in the clients' best interests. In relation to non-contentious matters, Edgar regularly assists clients in drafting or advising on general contracts, charterparties, bills of lading, as well as advising on environmental, licensing, regulatory and employment issues.